This journey of France in the World Cup in Qatar 2022 is on its way.

Unfortunately for them, they have suffered several casualties over the last month. The most recent one being the quadriceps injury sustained by Karim Benzema, who will miss the World Cup.

The brand new Ballon d’Or winner was injured last Saturday after exercising for the first time with the group. Hours later, the French Football Federation confirmed the mishap, reporting that he will be out for three weeks due to his left thigh injury.

In an interview with Telefoot, Deschamps, who confirmed he was not going to bring in a replacement for Benzema, described how the striker’s injury came about: “He took a big hit, obviously… he was hit in the quadriceps of the left thigh, while the other, the right, had already suffered a hamstring injury.”

“In training, unfortunately, it can happen that you get injured. It is never the right time. It is not a relapse… These things never make you happy. We had already lost Christopher Nkunku and everyone was very sad. Now it’s Karim. But we have a goal and the group knows very well what awaits us with Tuesday’s game,” Deschamps added later.

How many World Cups has Karim Benzema missed?

Benzema’s injury, as has been confirmed, is not a recurrence of the muscular discomfort he suffered before the World Cup. The striker had followed a specific schedule this week to try to be available at the debut of the world champion in Qatar. However, the immediacy of the tournament and the lack of preparation have prevented him from playing in what would have been his second and possibly last World Cup.

This will be the third World Cup event that Karim Benzema has missed. In South Africa 2010 he was not called up by Raymond Domenech. He was not in Russia in 2018 either. He was in Brazil in 2014, and in that World Cup he played five games and scored three goals. 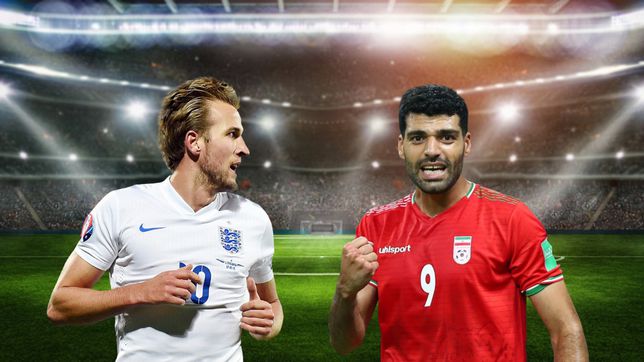 England vs Iran odds and predictions: Who is the favorite? Why aren’t Iran players singing the national anthem before games at the World Cup?