At 35 and now entering the twilight of his career, Lionel Messi is geared up for his fifth and probably last World Cup. For many, the Argentine is the greatest player who ever lived and that is an argument reflected by his extraordinary honours list – during his career he has won 41 major trophies, only Dani Alves has won more but Messi is likely to overtake his old Barça team mate at some point this season to become football’s most distinguished player of all-time in his own right.

There is just one winners’ medal missing from Messi’s collection – the World Cup. The closest he has come to lifting the trophy was in 2014 when Argentina made it all the way to the final only to lose in the cruelest fashion – by a single goal in extra-time. Qatar 2022 will be Messi’s final stab at being crowned a world champion with the Albiceleste, achieving it would crown an extraordinary career and perhaps bury any debate about who is the best player in history once and for all.

If you love sporting data, SofaScore.com is the place for you.

For everything he is and all that he has won, Messi’s international career didn’t get off to an auspicious start. He made his senior debut for Argentina in a friendly against Hungary on 17 August 2005. Wearing the No.18 shirt, he came on as a second-half sub, replacing Lisandro López on 64 minutes but almost as soon as he had come, he was heading straight back to the bench – sent off for allegedly raising his arm to Vilmos Vanczak, who had been tugging at his shirt.

It could only get better for the teenage Messi after that. He was involved in all three of Argentina’s remaining World Cup qualifiers for Germany 2006 even though the team had already secured their place at the finals, and laid on his first assist, for Riquelme in the 2-0 win over Peru.

18 – Lionel Messi made his World Cup debut against Serbia in 2006, aged 18 years & 357 days – he remains the only teenager to both score and assist in the same World Cup match since 1966, doing so in just 13 minutes after coming off the bench. Glimpse. #OptaWCYears pic.twitter.com/nVjkYzYao6

José Peckerman included Messi in his 23-man squad for the 2006 finals but the 18-year-old watched his team mates ease past the Ivory Coast in the opening game from the bench. He started the second group game, against Serbia-Montenegro, making his eighth appearance for the senior side and wearing the No.19. It was a landmark day for the young Messi in Gelsenkirchen – he set up Hernán Crespo for Argentina’s fourth then opened his account with his first goal at senior level and first at a World Cup, slotting home the team’s last goal in an emphatic 6-0 win.

The euphoria of that win was short-lived. Peckerman’s team played out a goalless draw with the Netherlands five days later which left them top of their group. Messi was back on the bench for the next game, against Mexico in the Round of 16, and replaced Javier Saviola for the last five minutes of regulation time with the score level at 1-1. Maxi sealed victory for the Argentineans in extra-time, setting up a quarter final meeting with the hosts. Once again, Messi, who had ended the season with a muscle tear injury, was not in the starting XI, with Peckerman preferring his more experienced front pair, Tevez and Crespo. The game ended 1-1 after 120 minutes and was decided from the spot. He watched the shootout from the dug-out – Ayala and Cambiasso missed their spot-kicks and for Argentina and Messi, their World Cup was over.

Dumped out by Germany again at South Africa 2010

By the time the next World Cup had come around, Messi had established himself as the best player on the planet – a year earlier he had collected the Ballon d’or – the first of seven. So expectations were understandably high and by this time, he was being compared to another of the game’s great players – Maradona.

Curiously, Maradona was at the helm when Argentina flew out to Johannesburg for the 2010 tournament. In a repeat of the previous edition, Argentina breezed through the group stage and faced Mexico in the Round of 16. Messi, a starter throughout, failed to get off the mark at all in South Africa as Argentina were eliminated in the quarter finals by Germany for the second time running with their talisman reduced to a shadow within a side packed with individual talent but no real cohesion. 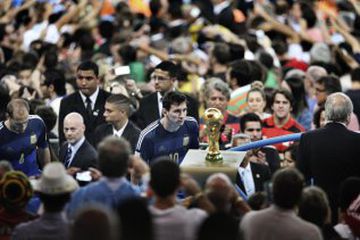 Alejandro Sabella’s appointment in 2011 promised a change in fortune for Argentina. Messi was made captain and led the team by example through the opening qualifiers. He contributed five goals until a hamstring injury kept him out for the final two games by which time, Sabella’s men had already qualified.

Messi found the net in all three of Argentina’s group games, with goals against Bosnia, Iran and a signature free-kick against Nigeria. The Round of 16 tie against Switzerland had to be settled in extra-time with Messi laying the ball on for Di María to tuck in the winner. Both the quarter final and the semi-final were excruciatingly tight. Argentina edged past Belgium by the minimum but their semi-final meeting with 2010 runners-up the Netherlands ended without goals and was resolved from the penalty spot, Messi sending them on their way by converting the first spot-kick.

Victory put Argentina into their first World Cup final since 1990. At the Maracanã, they would face Germany. The South Americans went into the game as favourites at 9-2 but as in the previous two games, they found themselves lacking in attack – even with Messi. Goalless on 90 minutes, once again Sabella’s team were forced into extra-time – for the the third time at the tournament. In the end, perhaps fatigue caught up with them as substitute Mario Götze struck the winner with seven minutes remaining. Messi was denied once more, finishing on four goals – just over half of the team’s total.

At the last World Cup in Russia, Argentina almost didn’t make it past the group stage. Messi missed a penalty as Jorge Sampaoli’s side were held to a shock 1-1 draw by Iceland in their opening game. That was followed by a 0-3 defeat to Croatia which left them needing to beat Nigeria in the final game to advance. Messi rifled in the opener on the quarter hour but Victor Moses put Nigeria back level from the penalty spot at the start of the second half. The winner came from an unlikely source – centre-back Marcos Rojo struck a sweet volley past Uzoho to put Argentina into the next round. Four days later in Kazan, Messi found himself up against the new kid on the block in the Last 16 encounter with France – his future club team mate Kylian Mbappé. In a frenetic battle during which the lead changed hands three times, Mbappé scored twice inside four minutes to put France 4-2 ahead. Agüero’s injury-time strike, assisted by Messi, came too late and once again Argentina were on their way home.

So it’s now or never for Messi, who is confident that the current Argentina side, who are unbeaten in their last 36 outings, can go all the way again in Qatar. “I feel very good physically, I think I’m in a great moment, both personally and physically and I don’t have any problems,” he told reporters on the eve of Argentina’s opening match, against Saudi Arabia.

Total goals and assists during his entire Argentina career (2005-) 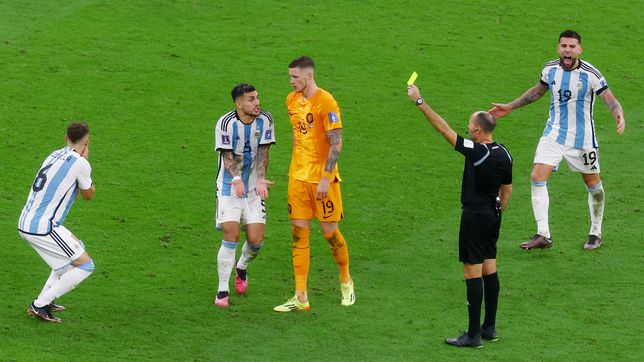 Brazil vs. Serbia World Cup preview: Red Flags in a Sea of Yellow, Green, and Blue 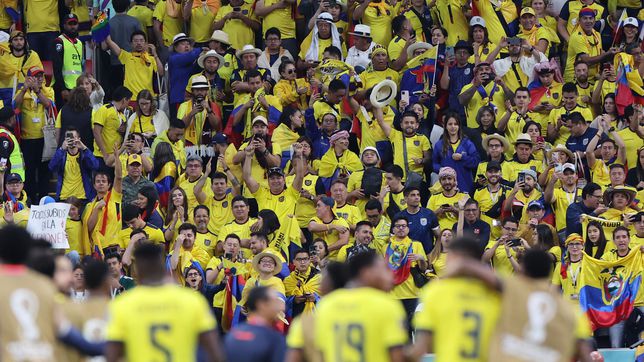 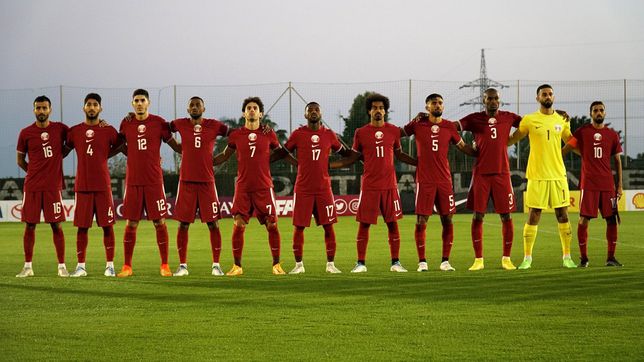