Many of the England team’s family and friends are staying on the cruise liner MSC World Europa as the national side compete at the 2022 World Cup.

This luxurious ship, docked in Doha harbour boasts thirty bars and restaurants, more than a dozen jacuzzis with sea views, clothing stores and beauty salons with a capacity to house 10,000 guests and is totally booked for the initial phase of the tournament.

After the ‘Three Lions’ 6-2 Group B win over Iran last Monday, many of the player’s wives were keen to celebrate ordering bottles of champagne worth €300 each along with premium priced cocktails. “They had plenty of fun and drank so much that the bar had to be restocked the next morning. The Karaoke machine was busy with the inevitable Three Lions and Sweet Caroline being the most popular songs,” claim the UK based sources. Reports also claim that he alcohol bill accumulated by England player’s girlfriends and wives has already topped the 200,000 dollar mark with the bill apparently being picked up by the English Football Association.

Qatar’s strict laws related to alcohol sales and consumption do not apply to cruise liners which may have had some bearing on the decision to stay on the MSC ship rather than one of the many luxury hotels dotted around Doha. 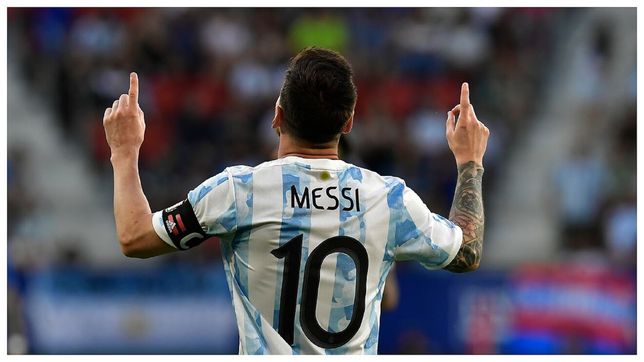 What Argentina need to qualify for the World Cup Round of 16: All possible outcomes